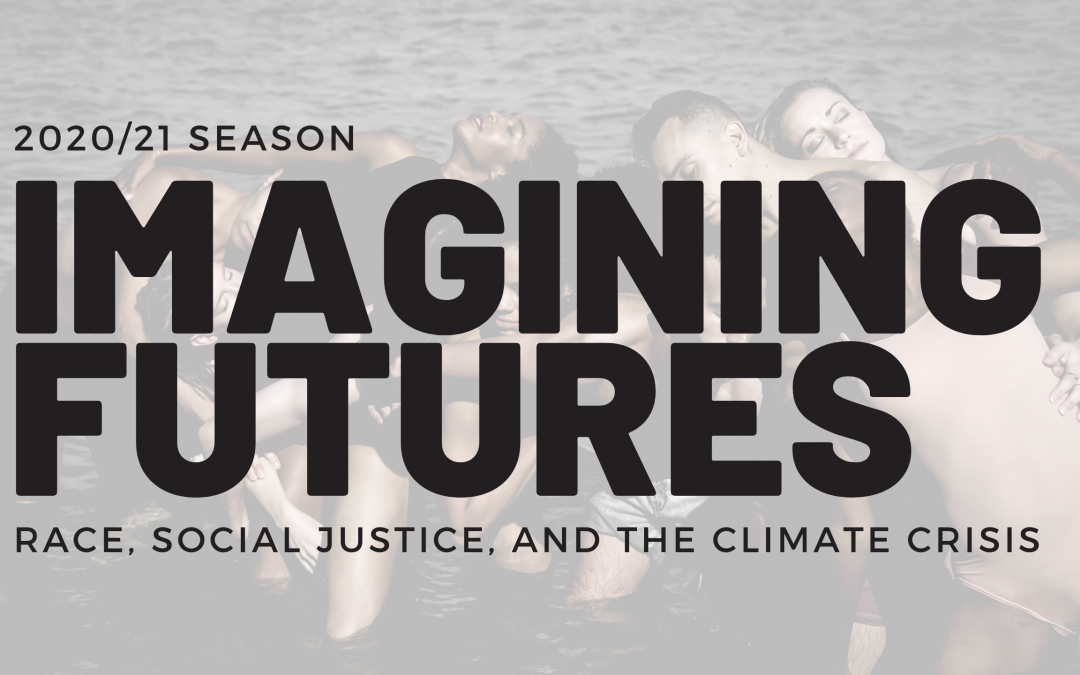 For its 2020/21 Season, Spectrum Dance Theater will continue to explore how race, social justice, and the climate crisis in the United States collectively and disproportionately impact racial and ethnic minorities, and people living in lower economic statuses. Given the events of 2020 (the global pandemic & subsequent public health & safety efforts, the murder of George Floyd and the protests that followed demanding racial justice and police reform, the ongoing fight against climate change, and the upcoming 2020 presidential election), this continued exploration from Spectrum’s 2019/20 season is especially pertinent as the entire world continues to adjust and adapt to a “new normal.”

“The notion of theater as being an in-person experience may not be true as we move forward. What I’m talking about is not a substitution for how things used to be but rather something new.” – Donald Byrd

Throughout the 2020/21 Season, Donald Byrd and Company will again address the question, “How might life be lived in the near future, after humans have adapted?” Byrd’s artistic vision and planning for this season are inspired by an array of ideas, people, schools of thought, and research, including but not limited to: Forensic Architecture, The Flooded London series by Squint/Opera, Bjarke Ingles, think tanks, Elon Musk, research institutes, Archigram, and fictional architecture.

“Imagining Futures – Race, Social Justice, and the Climate Crisis” will include five productions – three virtual productions in fall 2020 and two live productions slated for spring 2021. The 2020/21 season will adapt to new platforms and modes of creation, new means of production and presentation, as well as new technological and creative collaborations.

The 2020/21 Season will begin with the premiere of 14 Solos. This piece(s) will explore the effects and impact of extended isolation or any set of circumstances that lead to separation from others and loneliness. 14 Solos is, as the title suggests, fourteen solo performances, one each for the fourteen dancers that make up the Company of Spectrum Dance Theater. The performances will be recorded for virtual presentation.

Scorched (revival reimagined) was originally choreographed for Spectrum Dance Theater in 2008, is set in a universe/future where droughts are more extreme and unpredictable. Water is scarce and there are multiple rituals that the ‘community’ performs to find or call forth water. The piece, originally created for five dancers, will be re-imagined for the entire company and tailored for a virtual platform.

The story centers around an African American family in Harlem at Christmas, highlighting the centrality and significance of the grandmother in African-American culture, the resilience of Black American families, and Harlem as a center of the African Diaspora.

This year’s workshop production is phase 2 of the process and will focus on the second act called “Time Travel” where Death manifests flashbacks of Clara’s early years and chronicles the Black struggle for justice and equality from the 1920s to the death of George Floyd. The intention of the workshops is not to recreate the scale and opulence of the original production, but rather investigate and re-imagine the content in preparation for its new, Seattle audience. This re-imagining is especially important for Phase 2, as Donald Byrd and Company translate the production experience from live to virtual.

POOL and After are two world premiere productions focused on climate change and its speculative impact on Seattle, in particular, the Central District (The CD).

These two productions were scheduled to be presented during the Race & Climate Change Festival in the Spring of 2020. Due to the Covid-19 pandemic, the productions were postponed (see our mini-documentary, “A Dance to Be that Never Was”).

TICKETS
Memberships for the Imagining Futures season are $120. The membership includes unlimited access to:

Performance Passes are available for each of the online-only fall productions. The pass costs $20 and grants the viewer 3-day access to the production.

*Ticketing information for POOL and After will be made available in spring 2021.

Click here to purchase a 2020/21 Season Membership or Performance Pass!

About Spectrum Dance Theater
Under Donald Byrd’s artistic leadership since 2002, Spectrum Dance Theater has become the foremost contemporary modern dance organization in the Pacific Northwest, gaining recognition nationally and abroad. For over thirty years, Spectrum Dance Theater has brought dance of the highest merit to a diverse community working to make dance accessible to all through contemporary dance performances and high-quality dance training in a variety of dance styles. Three components comprise the organization: the professional Company, the School and Outreach programs. With Donald Byrd’s visionary artistic leadership, the organization has embarked on an exhilarating transformation that has attracted world-class dancers, produced some of the most avant-garde works in contemporary dance, and generated local and national praise. www.spectrumdance.org