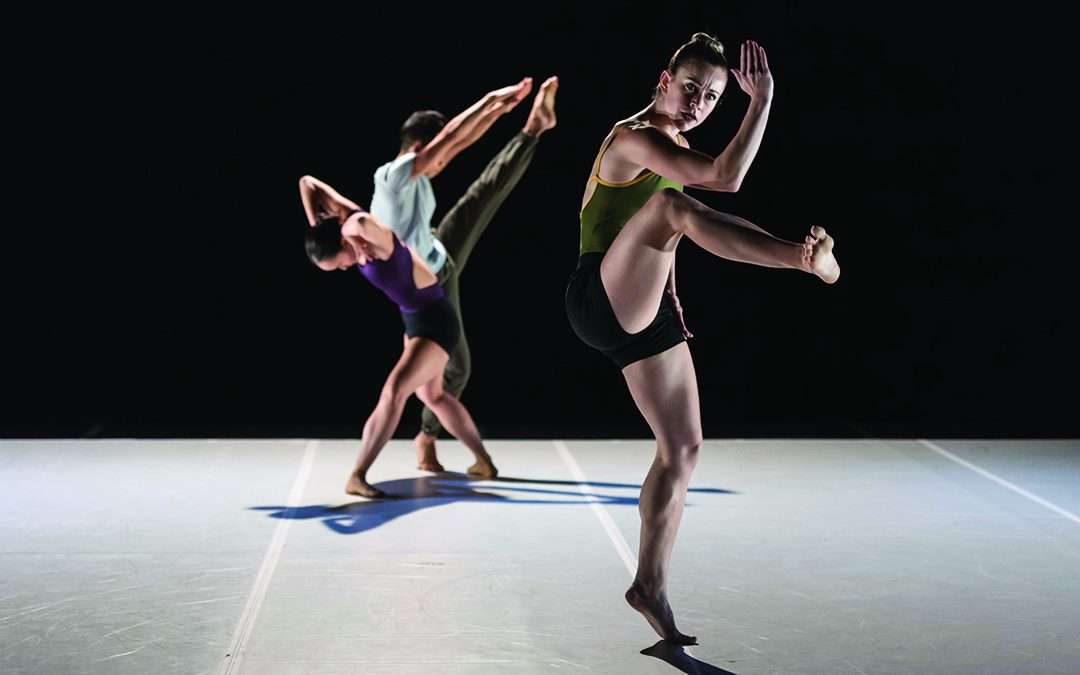 Spectrum Dance Theater first presented an OCCURRENCE at La Usina del Arte in Buenos Aires, Argentina on March 20, 2016. OCCURRENCE # 1, was created as the culminating public presentation of a week-long U.S. Embassy residency in Buenos Aires. Our performance was modeled on a Merce Cunningham EVENT, which he described as “presented without intermission…consist[ing] of complete dances, excerpts of dances from the repertory, and often new sequences arranged for [a] particular performance and place, with the possibility of several separate activities happening all at the same time.” What is significant for me about the OCCURRENCE programs are that they demonstrate the influence of certain aspects of the Cunningham aesthetic on how I compose and understand dance.

I was introduced to the this sensibility early in my dance training when I studied in Boston with Martha Armstrong Grey who taught a Cunningham-based technique class. I loved it and it felt right on my body. My mind was also challenged by it, as were my still-evolving aesthetic values. During that time, in the late 60’s and early 70’s, I began to study from choreographers who had been dancers in the Cunningham company: Mel Wong (calm and serene), Viola Farber (fierce and fiery) and Gus Solomons, Jr (defiant and barely suppressed rage). It was as if these were ‘my people’ – intelligent and fiercely committed to aesthetic integrity. I wanted to be like them, so of course when I arrived in New York I gravitated to the source. It was at the Cunningham Studio in Westbeth, and taking company class in the room with Merce, that I began to better understand his values.

One of the things that I noticed about Merce was when he was “working,” whether choreographing or teaching, he was also “playing.” The arranging of movement, developing of structures and organizing principles for dances, the challenging of the dancer, determining where things occurred in space, and all of the compositional elements of choreography delighted him. It may not have seemed that way to others, but that is what I sensed. That playfulness has stayed with me, along with other aspects of his values, including a democratized stage space and an integrity of creative process in choreographing.

What I love about our OCCURRENCE programs is it is play. Not that the works presented are playful, but rather as a choreographer I get to play. This is my play time. It is me nerding out. It is when the previous works that I have created combine with new material we are still investigating become like children’s blocks that I move around, rearrange, and reconfigure using only my imagination and ‘the next right thing to do’ as a guide. I get to try different music or no music at all with familiar steps; juxtapose sequences that originally were not intended to be juxtaposed; witness different movement sequences from different pieces danced simultaneously creating new textures, new meaning and new perspectives; and re-distribute moments that were in the background now to the foreground and reframed or not framed at all… How much fun is that?

April 16, 2019 will mark the centenary of the birth of Merce Cunningham. Our OCCURRENCE programs, and their clearly Cunningham-influenced structures, will arrive along with the presentation of the 1960 Cunningham work Crises during our Spring 2019 Season in April. These programs celebrate the centenary landmark of an internationally-acclaimed artist’s birth. OCCURRENCE #5 is Spectrum Dance Theater offering a birthday toast to Merce Cunningham.