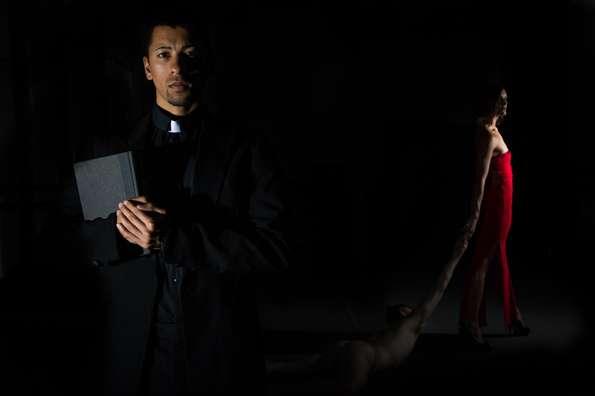 In the latter part of the 20th Century a few stage directors, notable Peter Sellars, began to look at the cantata as potential theatrical material. By the beginning of this century we began to see these staged cantata pop up on various stages across the US and Europe. The Sellars’ 2001 staging of Bach’s Cantatas nos. BWV 199 (Mein Herze schwimmt in Blut) and BWV 82 (Ich habe genug) with the mezzo-soprano Lorraine Hunt-Lieberson made a convincing case for staging what many considered ‘un-dramatic’ musical works. What Sellars sought in his staging was to create an intimate, personal, and spiritual experience for those that encountered this particular work. Even if one were to concede to the un-dramatic nature of the Bach pieces, their musical value, and how they speak to a personal relationship with God, their spirituality, is unquestionable.

On the other hand, the ever-popular 1935 Carmina Burana from composer Carl Orff, subtitled a scenic cantata, was intended to be staged (though often it is now performed in concert form as a standard cantata). In addition, while drawing its text from poems and song found at the monastery at Benediktbeuern it is anything but religious or spiritual. Its subject matter – mortality and fate; nature; and tender, explicit, and highly sensual love – places it directly in the center of the secular and with its bombastic and hyperbolic score it is far removed from the intimate.

In 1997 I staged and choreographed Carmina Burana as a large-scale danced musical drama, a spectacle, for New York City Opera. The production was not only in keeping with the spirit of the music but also with Orff’s stated intentions. Orff developed a dramatic concept he called ‘Theatrum Mundi’ in which music, movement, and speech were inseparable. In this artistic formula every musical moment was to be connected with an action on stage. As such, Carmina was intended as a staged work involving dance, choreography, visual design and other stage action.

During the restaging two years later, however, I began to have other thoughts about the work especially in light of the fact that the supposed authors of the text were Goliards, defrocked monks. I began to wonder what circumstances might have led to these monks disillusionment and their subsequent descent into hedonism and debauchery. As I combed the text, I believed it gave indications of or suggested possible reasons. In order to explore this new way of thinking it seemed to me that the work needed to be stripped of all it spectacle and bombast, reduce the size of the chorus, use the two piano version of the score, focus in on and centralize the role of the baritone as a monk who becomes a Goliard. The simple concept that governs this production is – a righteous man’s crisis of faith that takes him on a journey through the darkness of his soul and the exploitation of his flesh and finally back to a place of personal enlightenment and a renewed faith in the goodness of man, and perhaps even God’s grace.