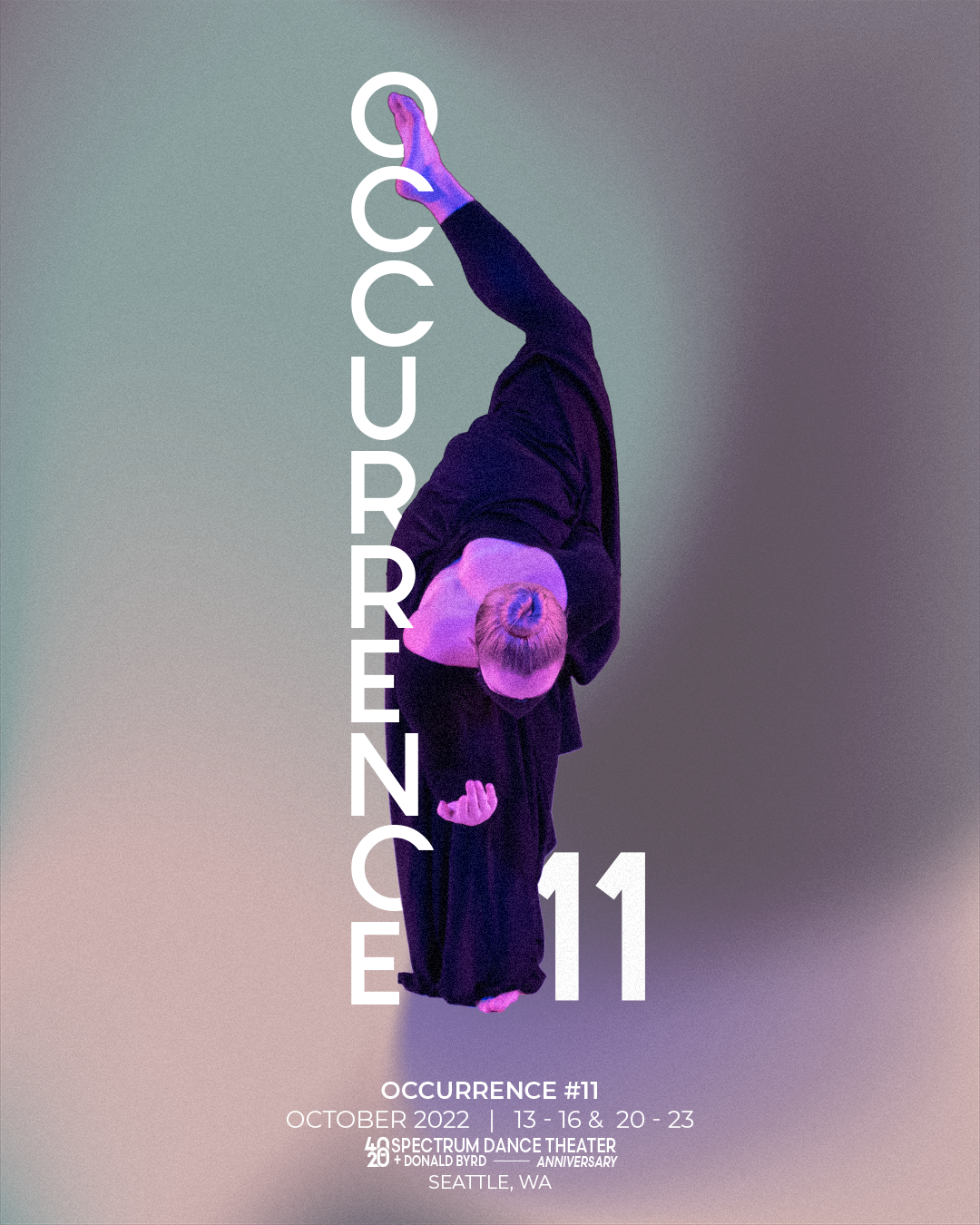 Occurrence #11 – The Best of Occurrence will open our 40/20 Celebration Season. Excerpts will be drawn from Occurrence #1 through #10.

The first Occurrence was presented at La Usina Del Arte in Buenos Aires, Argentina on March 20, 2016. Over the past six years there have been 10 iterations of the Occurrence program. In addition, it has grown into a much-loved Spectrum tradition – the kickoff of the Company’s performance season. Modeled on Merce Cunningham’s “Event”, where old works and newly created movement ideas are mingled, juxtaposed, and reconfigured, where perspectives are shifted, and where different works are often performed simultaneously. These mashups reveal exciting new moments and insights into works that are familiar and awaken the joy of play and discovery in the new configurations of material.

While the basic organizing principle of each Occurrence is the same, each has a different modality. In the spirit of choreographic play that is central to the Occurrence process, that modality develops throughout the creation and rehearsal process with Mr. Byrd and the company.