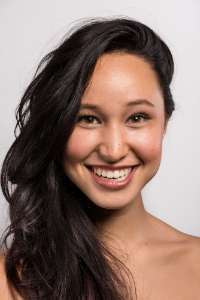 Madison Oliver was born in Mesa, Arizona and raised in Orange, California. She trained at Tracy Dee Academy of Dance, where she had the opportunity to be coached by various artists from around the world. Throughout her training she worked with artists from Houston Ballet, Ballet West, Hubbard Street Dance Chicago, Alvin Ailey, New York City Ballet, and Alonzo King LINES Ballet. In 2009 and 2010 Madison competed, placed in the top twelve, and traveled to New York for the Youth America Grand Prix. At age fifteen, she moved to Las Vegas to join Nevada Ballet Theater where she spent two years dancing under the direction of James Canfield. During those years she performed in The Nutcracker, Swan Lake, Sleeping Beauty, Giselle, Coppelia, George Balanchine’s A Midsummer Night’s Dream, and various choreographic showcases. Madison is now in her third season as a company dancer with Spectrum Dance Theater.