Donald Byrd is in Israel on a fellowship at the American Academy in Jerusalem, a program for senior-level artists and cultural leaders to share their vision and expertise in order to foster greater dialogue and understanding between people of the United States and Jerusalem. This post is a diary of Donald Byrd’s second week. Click here to see more photos.

Last evening I saw a remarkable film by the Israeli director Ra’anan Alexandrovicz at The Cinematheque in Jerusalem, “The Law in These Parts”. The film, which won Best Documentary at this year’s iteration of the Jerusalem Film Festival, explores the four-decade-old military legal system in the Occupied Territories. It does so with a searing, almost painful desire to find and speak ‘truth.’ The truth includes the director’s honesty in acknowledging his and the film’s subjectivity. In a beautiful visual metaphor for this ‘set-up’, the film opens with what looks like a stage being prepared for actors to take their places. In this case ‘the actors’ are the judges who presided over the military courts during the early days of The Occupation. We are given by voice-over during this sequence a definition that draws a distinction between a traditional documentary and a narrative film. This ‘documentary’ suggests that though this definition is true it is neither specific nor nuanced enough. Through the course of the film this delineation, the film’s ‘law,’ is subtly subverted, just as the justices of the military legal system in the Occupied Territories are interrogated about how they perhaps subverted justice. 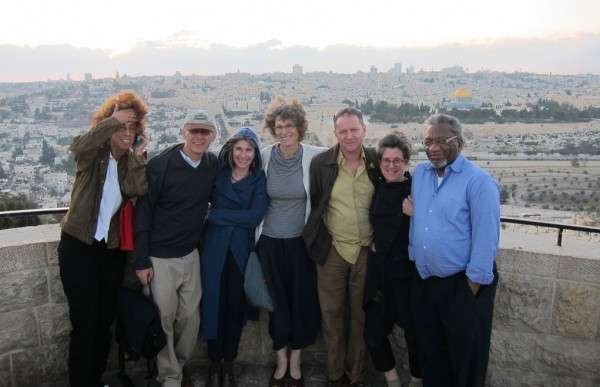 The Fellows of the American Academy in Jerusalem.

This place, Jerusalem, is a place of narratives. It is a place where voices battle to be heard. Here narratives contend and interpretations of those narratives challenge and compete. At first it is easy to hear only the familiar narratives that breakdown into opposing voices  – ancient and modern, Jewish and Arab, secular and religious. These are the big narratives and they are loud and clear. But gradually as my ears have begun to adjust other more subtle voices have begun to emerge. Some fall in between the familiar voices and are variations, nuanced or shadings along the spectrum of the oppositional narratives (ultra orthodoxy and modern orthodoxy might be an example). But others fall outside of dualism and are singular and seem completely new, at least to me.

There are personal narratives fraught with aspiration, fear, anxiety, and uncertainty. Others are wishful thinking and pessimism colliding inside a taut exterior of normalcy and denial. Some narratives articulate quiet acceptance of an inevitable annihilation and apocalyptic endings (“In 20 years Israel won’t exist” – more on this later). There are hushed rageful, tight-lipped narratives that threaten to explode into deadly shrapnel laden words. These voices quietly murmur below the din.

On Saturday night I saw a dance piece called “Homesick” by the Israeli Jewish choreographer Iris Erez. It was part of an out-of-door series of performances and installations collectively called “Welcome To Nomansland” or “Visit Nomansland” (I saw it written both ways). Two young Israeli visual artists, Yuval Yairi (photography/video) and Guy Briller (performance/installation) initiated the project. No man’s land is the space between the line drawn in green pencil by Moshe Dayan and Abdullah Tal in 1948 dividing Jerusalem in two – the western Israeli part and the eastern Arab part. At the foot of Notre Dame, in the area between the Damascus Gate and the Musrara neighborhood, was the largest stretch of no-man’s-land in the heart of Jerusalem. In this area, in a small plaza is where I saw “Homesick.”

I found the piece arresting and compelling in its beauty, especially the first long solo by a male dancer whose name I don’t know (there was no program) and its final image (the same dancer). Here is a youtube clip of the piece in a theater as opposed to outside on a Jerusalem stoned plaza without any kind of flooring to protect the dancers bodies, which is how I saw it.

It has begun! The moment after I have begun to separate from my life at home and locate in a different place. It is like awaking from a dream.  It is my ‘traveler entity’ emerging. I am a stranger in a strange land. I am distanced and alienated from myself as well as from the place. I have been here before. It is both a new and familiar mental state. In it I am discontent and doubtful, anxiety and uncertainty reign. It is a kingdom of comparisons.  I sit in judgment on myself and what I do and who I am.  It is a place where I am always asking, questioning. It is a sometimes neurotic and painful land whose topography is pitted with emotional landmines and IEDs, as well as intellectual mind-fucks. The landscape is strewn with the bodies of my perceived failures and littered with the aftermath of brutal self-annihilating warfare from my past. I am glad I am here. 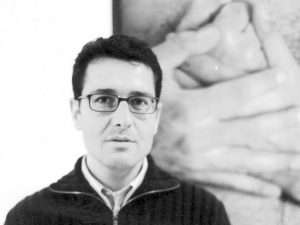 Jack Persekian’s The Jerusalem Show (V), and in particular Palestinian artist Sharif Waked video installation To Be Continued was a revelation to me. In fact Jack Persekian, a Jerusalem-born American of Armenian descent is a revelation. (See his bio and statement about The Jerusalem Show because what it is and intends to do defies easy categorization, and he says it better anyway.) Persekian is frighteningly smart, and his nattily dressed, lean, taut, straight-spined body says much about his will, determination, and laser sharp vision (when I met him I was reminded of Dutch architect Rem Koolhaas). In his presence I felt, as I have often felt when around those who have a deep understanding of ‘the situation’ between Palestinians and Israelis, naive.

Waked’s video installation, to quote the online catalogue, “overturns the familiar videos of the suicide bombers’ last will and testament through an unending process of reading and narrating. It transforms this terrifying moment of sacrifice, the killing of the self and the other—into a state of perpetual postponement.” As I watched, listened (Arabic), and read (English subtitles), I was transfixed. 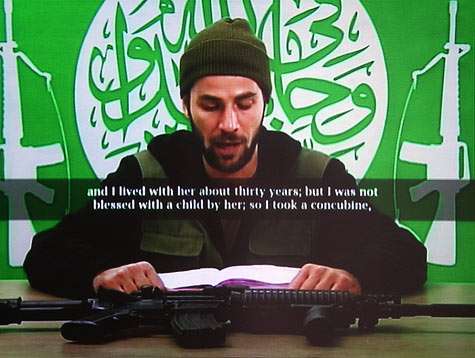 The piece references the “living martyr” videos that (again from the catalogue) “document a man or woman posing to be filmed for the last time alive, announcing the will and determination to carry out a suicide operation among their enemies. This video re-enacts this scene but confiscates the living martyr’s final text. It entangles him in another text that was also narrated between life and death. The living martyr is made over into the narrator of A Thousand and One Nights. He tells the tales of Scheherazade.”

Does the suicide bomber, I wonder, like the subject of his narration, Scheherazade with her thousand and one nights’ of tales, hope that after those many nights the hearts of those who have convinced him to sacrifice his life will have softened? Or if he supposes that by prolonging his life by weaving more and more fantastical stories that over this time those in conflict will have resolved their differences?  Or perhaps it is a loss of faith because he loves life now more than the promise of paradise later?

I connect the would-be-martyr’s hesitation, his moment of doubt, to Jesus on the cross and to Martin Scorsese’s film Last Temptation of Christ. Especially how Scorsese depicts the vision Jesus has when He steps down from the cross of an alternate life as a husband and father living his days out into old age as just a man. Does the suicide bomber also want to be just a man, live a simple life and die with those that love him around his bed? Or will he after his thousands and one nights, like Jesus in the film, beg God to let him fulfill his purpose because martyrdom is in fact the only right ending?

This is what I wonder.