A Rap (With Anna Deavere Smith) on Race 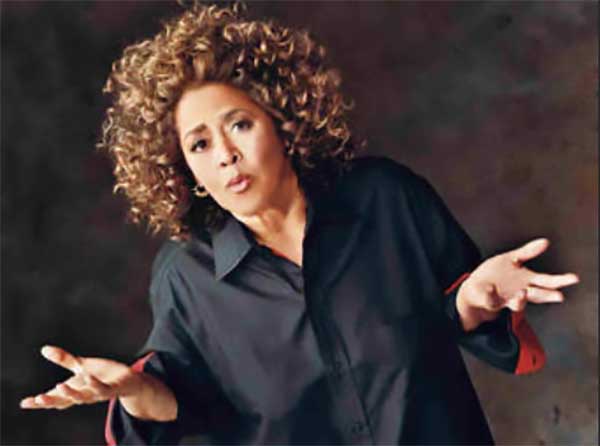 DB: So the first question—and I don’t want to do the interview, I think, as somebody who is not vested in it in some way because that’s kind of impossible.

DB: In your usual process you do the field work of interviewing the subjects, you have met them and have a real sense of them beyond the interview. Because this was a pre-existing recording, how are the challenges different, in shaping the script and in this particular case, it not being devised as a solo performance?

ADS: I have been learning and studying this material since the early eighties when I found it in the bookstore of the American Museum of Natural History in New York, where Margaret Mead worked in the Department of Anthropology from the 20’s until her death.  I have taught it for years in my acting classes having students play parts and switch sides to learn about persona and language.  I then learned and performed the edit that you have as a one-person piece for the opening of Zankel Theater at Carnegie Hall.  I then directed actors in it in 2014.  The recording and book are compelling to me as a drama. Race is the topic of discussion, but the drama is actually more complex.  It is a drama about two people who have met their match intellectually but who substantively see the world differently in part because of their histories, and their experiences but also because one of them, Baldwin, thinks and talks in metaphor and the other collects and absorbs what she calls facts.  The fire in the conversation is about two inevitably different ways of seeing and connoting the world.

DB: Can you tell me what is it about this material, the recordings, that attracted you to it in the first place?

ADS: The musicality of it, and also their willingness to talk with one another and their desire to pick up the pieces of the ‘60’s and to make sense of it. And so the vigor of the inquiry on both sides is very interesting to me.

DB: I’ve found the same thing happens when doing it, performing it, is that they, Mead and Baldwin, start to make sense, literally just in the abstraction of the musicality of how they speak to each other.   Do you think that that’s where the truth of it really is, in how they are playing their music together?  That there is something about that, their music, as much as in what they are actually saying, their interplay, in the counterpart of the musicality of their conversation?

ADS:  I think that’s part of it. But I do think that there is also just the heft, the intellectual heft, that even if we had never heard them and we just saw this on the page, you can feel the intellectual energy there and the bulk of knowledge. You know, these are true public intellectuals. So I would say that both are true, that both count in this case.

DB: One of the things I find really interesting is that in the beginning of the conversation with her, he seems to let her speak. He acquiesces in some way or kind of—what’s the word I’m looking for…he is “gracious” in his letting her tell him all about her northern background and her northern good and all of that stuff, that progressive liberal kind of way of thinking, and that he is doing it in a way that is not meant to set her up, but just to allow her to revel in some ways in who she is and what her background is.

ADS:  Yeah, I mean I don’t know if he had a motive. I know from watching audiences watch it, they assume – they laugh because they think that it’s this white woman, you know, talking so much.

ADS: He doesn’t know her.

ADS:  As you know they met specifically for this and he doesn’t know the terms of the conversation yet. So I think it would be wise for any of us in that same situation to listen before we speak.

DB:  I agree. I find that he just, they don’t know each other, he just listens. And then the other thing, I mean one other question is about the role of alcohol in loosening them up. As the conversation progresses, obviously drunker, would they have been able you think to have a conversation like this if they had not been so sloshed?

ADS: Well I don’t know.  We don’t know if they were drinking because we didn’t see it.  You know what I’m saying? Maybe that slurred speech is that they’re tired. I mean at one point he says “these last 48 hours” or whatever.

ADS: So that’s a long time. So we don’t know for sure. I think we have to say that, Donald. We don’t know, uh, if they were drinking. It seems that they were. And do I think that they could have the same conversation? Absolutely. Absolutely.  I have no doubt about that. Because you and I are both old enough to know how those quote-unquote “conversations” about race went quote-unquote “back in the day,” when we weren’t so careful about talking about white privilege or this or that or the other.  I think that people were in a vigorous seeking of how can we find our way together after, you know, uh, more than 100 years—or 200 years depending on when you landed on American soil—all these years of a very, uh, um, peculiar relationship that was guarded and, um, where people didn’t have a chance to have, you know, their full humanist expressed. So I think many of us dove into that when we had a chance to do so, and uh, I think without alcohol it would be just as open and just as fiery.

DB: Right.  Um, I wonder if uh, I mean I think… one of the things I’ve said to people and wonder if you agree with this or if there is something you want to add to it, I kind of look at this, their conversation as a model. That if we, … that the value of bringing it up, the Mead/Baldwin conversation, and kind of putting it in front of people is in some ways… they are a model for how we might…the degree of honesty and openness … that we might have… and the kind of messiness and sloppiness of having a conversation about race…  my hope is that in some ways their conversation is a model and might give us permission to have deep uninhibited conversations around race.

ADS: Well I think yes, I think it’s a model, very hard to find now. Um, but I also think that we again can’t underestimate that this isn’t just like a truth-telling session. These are two people who are extremely accomplished researchers in their own way, thinkers and writers.